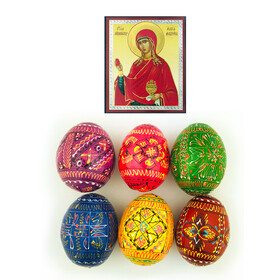 Made In the Ukranain Assorted colors and folk designs.