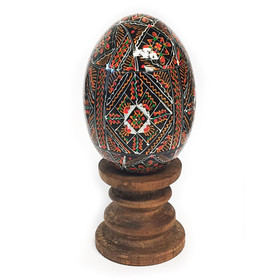 egg size: 3 1/2 inch - size of the stand 2 inch
Made In the Ukraine
PYSANKY - the Ukrainian Easter egg